An academic year devoted to Europe of knowledge

The 2018-2019 academic year allowed the IEE-ULB to develop initiatives around its three missions: research, teaching and public debate. Here is a glimpse of this productive year during which we looked at European issues such as the rule of law, the European elections and Brexit.

From rule of law challenges, to the European elections and Brexit

The 2019-2020 academic year has been a very special one for the European Union. It has been a year of navigating tensions relating to the rule of law, to Brexit and to the European elections. It has also been a very special year for the Institute for European Studies, as the ULB’s authorities decided to choose “Europe of knowledge” as the overarching theme for this academic year. The IEE was naturally strongly involved, in coordination with its partnership faculties,by organising a variety of events and activities throughout the year.

The rule of law – deeply weakened in some Member States, and third Member States – was a source of major concern for the European institutions during this year. In this context, the European Parliament adopted, in September 2018, a report to determine, pursuant to Article 7(1) of the Treaty on European Union, the existence of a clear risk of a serious breach by Hungary of the values on which the Union is founded.

In September 2018, the IEE obtained funding for a Jean Monnet module – Rule of law and mutual trust in global and European governance – which aims at strengthening teaching in this area. Judith Sargentini, MEP and rapporteur for the report on risk of breach of values by Hungary, was the main guest of the ceremony for the opening of the academic year on December 4th, 2018. The topic chosen was  Rule of law in EU member states : a shared responsibility ?

For the opening of its 2018-2019 academic year, the IEE-ULB had the privilege of welcoming Judith Sargentini, at the time a Dutch member of the European Parliament, for the conference “Rule of Law in European Member States: a shared responsibility?”

And when it comes to Brexit, EU negotiations and national political debates have produced reams of paper in 2018-19. The activities organized by the Institute in this period followed, too, Brexit’s beat. Cambridge Professor Kenneth Armstrong’s courses, in the framework of the Ganshof Vander Meersch Chaire from the Wiener-Anspach Foundation, taught in March 2019 at IEE, are an example. So is the annual conference of the European Criminal Law Network (ECLAN) in April 2019, dedicated to the future of the European criminal area in the context of Brexit. In May, the ULB’s academic community  was invited to a debate on the relations between the EU and the U.K.

The May 2019 European elections have also been one of the main focus of attention, considering their importance for the future of European integration. The IEE continued its series of conferences on the State and the Future of the Union. In the weeks leading to the elections, the IEE participated in TV-debates, in partnership with Euronews, with some of the Spitzenkandidaten (candidates to the European Commission’s presidency). The students’ associations have also been very active and invited politicians such as Yanis Varoufakis, in March 2019, to discuss the challenges of European integration. Students have also been invited to express their visions for the EU during the “The Europe we want, the Europe we need!” workshops, organised with the Jean Monnet OpenEUDebate network. Discussions kept going on May 9th 2019, in the Brussels’ Parliament, where students from the ULB and the VUB were able to ask questions and debate with Belgian leading candidates for the European elections. 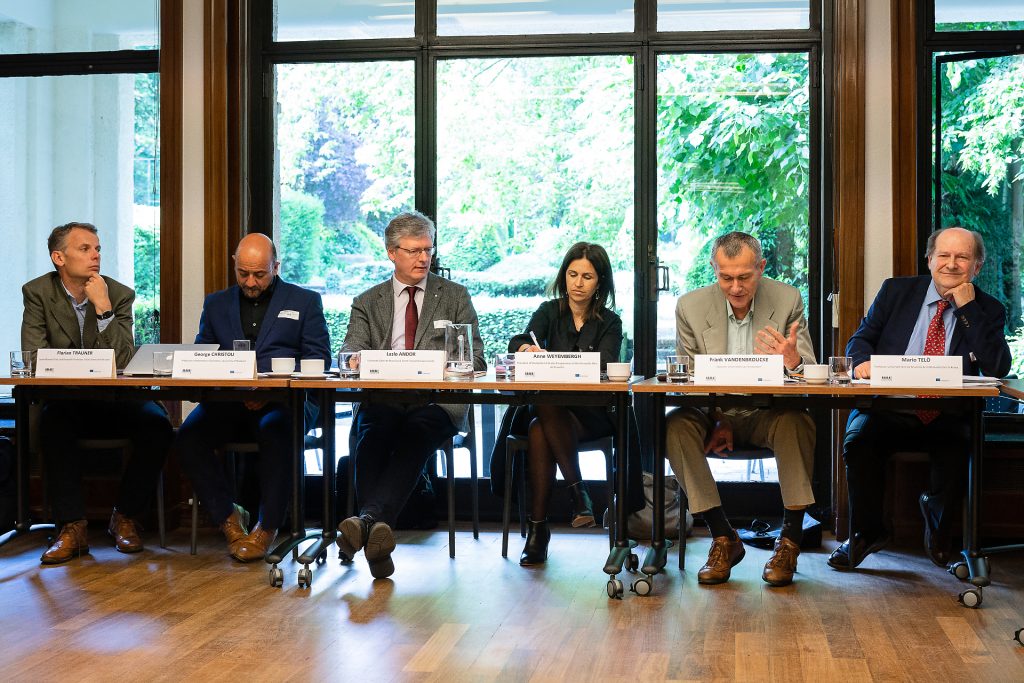 This 2018-2019 academic year has also been key reinforce the Institute’s relations with its international partners, both in research – with the H2020 Gem Stones project for example – and in teaching.

Thus, the cooperation with the University of Waseda (Tokyo) continued, in terms of research with the co-organization in February of the 19th edition of the EU-Japan Forum, but also with the first stay of a student from the IEE’s Specialized master in interdisciplinary EU Studies at GSAPS (Graduate School of Asia-Pacific Studies). This collaboration also continued to deepen through discussions for the conclusion of a double degree in the context of the Master in European Studies from the Faculty of Philosophy and Social Sciences.

This was the last year of the Institute’s Jean Monnet Center of Excellence project, dedicated to solidarity in the European Union. It was marked by the co-organisation of the 2nd edition of the conference cycle “The EU in European Affairs” in June 2019 by the IEE, the VUB and the University of Warwick.

The IEE also continued its collaboration with UNED on the one hand, and the Bucharest National Institute of Administration on the other, by organizing training courses for civil servants in the Romanian public administration.

In 2018-2019, the IEE celebrated its 56th generation of graduated students, named Jo Cox. During the year, the Institute continued reinforcing its collaboration with the two students’ associations: Eyes on Europe and SAIES. All year long, both associations have brought a fresh eye to the subjects debated at the IEE by inviting politicians and academics to participate in debates and discussions. More than that, the two associations also contribute substantially to the socialisation of the students of the IEE.

In the course of this year, the Institute has also developed its mentoring activities, which are aimed at all students in European studies. They were possible thanks to funding from the Fonds d’encouragement à l’enseignement.

Studying at the IEE means to integrate a community of europeanists which lasts beyond their years at the IEE. The Institute also tried to deepened the relationship with its Alumni. In order to do so, a study was conducted on the professional paths of the students who graduated between 2003 and 2015. In  the framework of the thematic year of the Europe of knowledge, a book  focused on the ULB alumni who have contributed to the European integration will be published in 2020.

This 2018-2019 academic year – which was the 5th of our joint mandate of President and Director – was marked by the election of new authorities for the IEE, representing both continuity and a renewal.

We would like to take this opportunity to thank the authorities of our University, in particular the Rector, Mr. Yvon Englert and his team for their support during these years.

We also would like to express our gratitude to all those who have collaborated closely with us during this past year, but also the previous four, whether they belong to the academic, scientific or administrative body.

Thank you all for your precious collaboration!

Anne Weyembergh, President and Ramona Coman, Director of the IEE (for the 2014-2019 period)

and relive with us the key moments of this academic year