A year dedicated to “Europe of knowledge”

By dedicating its academic year to "Europe of knowledge," the ULB wants to put forward the space for cooperation and knowledge creation in Europe, and dig into the challenges that reasearchers will face in the EU of tomorrow.

Simon Clavie, the author of this article, has followed the Specialized Master in European Law, organized by the Faculty of Law and Criminology under the IEE-ULB label and will graduate this September 17th.

In this framework, the university will propose academic, cultural or other activities, highlighting the production and the exchange of knowledge in the European Union in order to reflect critically on the state of knowledge in Europe and the active role of our university plays in this process. These activities are designed not only for the academic community, but also for social actors at large.

The ULB has shown, since the dawn of the European project, a great interest for this phenomenon, hence the creation, among other initiatives, of a specialized entity dedicated to research on and teaching about European integration: the Institute of European studies, in 1962.

The European Union has, for decades, supported all sorts of scientific projects implemented at the ULB. As an example, the molecular biology department of the ULB, partially funded by EURATOM in 1961, or the Center for Research in Microgravity, supported since its inception by the European Space Agency.

Nowadays, with a quarter of its students coming from different parts of Europe, and its participation in many exchanges programs for students and researchers, the ULB stands as a true crossroad of this “Europe of knowledge.”

Objectives and challenges of this academic year

The conferences, discussions and other activities based on this theme will not suffer from a lack of subjects to debate. The questions surrounding “Europe of knowledge” are numerous. Here are some of them:

In 2019, European elections will take place. The ULB wants to stimulate reflection around this democratic process, and to become a space where the debate around the state of the European Union goes beyond the academic borders. This need is ever more urgent since the Union, often accused of opacity or over complexity deserves without a doubt an enlightened and critical debate about its future.

The role of the Institute

In this framework, it is obvious the Institute of European Studies has a particular role to play in the program of the thematic year. Studying European issues for over 50 years and with a wide majority of its students, researchers and administrators coming from different European countries, the IEE is invested in the success of this project. This thematic year could become a great opportunity to make the European issues and challenges better known to rest of the university and to all the citizens involved.

If you are a professor, a member of a students‘ association, part of our alumni or a member of civil society interested in the European project, please visit dedicated website for more information on this academic year’s theme http://europe-connaissance.ulb.be/fr.

If you want to organize or label an event or project in the framework of the thematic year, do not hesitate to communicate it here: Europe.Connaissance@ulb.ac.be 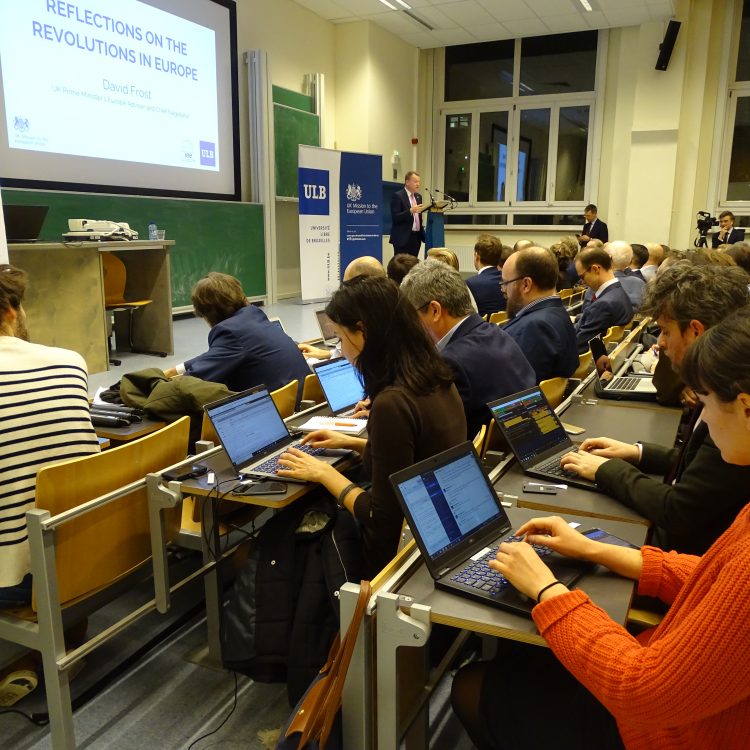 Invited by the Institute for European Studies and the UK Mission to the EU, the Université libre de Bruxelles welcomed, last February 17th, David Frost CMG, UK Prime Minister’s Europe Adviser and Chief Negotiator, for a lecture about the future relationship between his country and the EU. 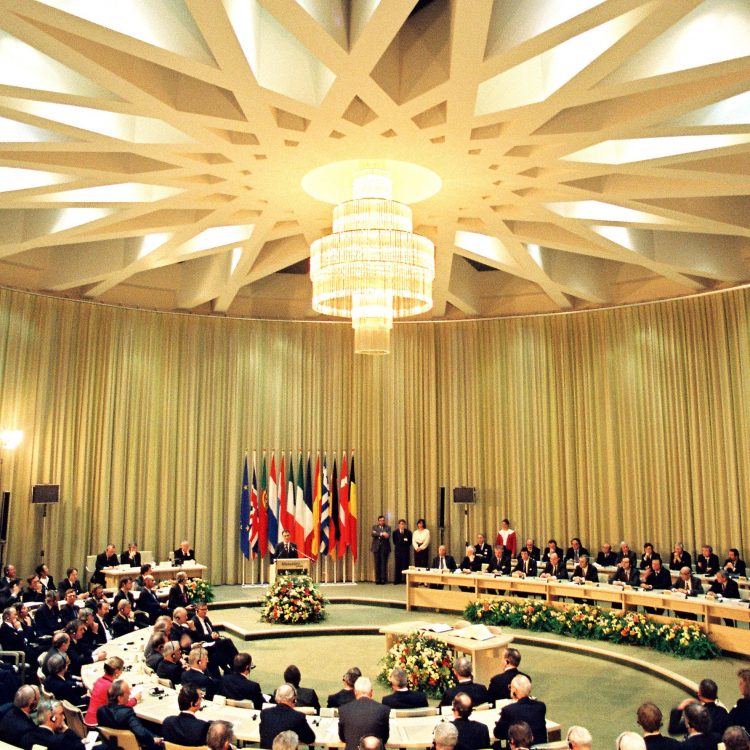 On February 7, 1992, 28 years ago today, the Union's heads of state and governments ratified the Maastricht Treaty. Conceived as an act of refounding the project of European integration, this Treaty has led to an increased use of intergovernmentalism in European decision-making. Find our reading recommendations from IEE researchers on this subject.

The professional immersion convention can be signed for a maximum amount of time of 6 months. The deadline for submission is March 6th.