Solidarity has been at the centre of research and teaching activities of the Institute for European Studies of the ULB for the past three years. As our a Jean Monnet Center of Excellence project, supported by the European Erasmus+ programme, comes to an end, we asked academics to issue policy recommendations on the different aspects of European solidarity at the heart of their work.

Specialists from the IEE-ULB and beyond gathered in June 2019 during the second biennial conference European Union in European Affairs (EUEA19), dedicated to the notion of European solidarity, right after the 2019 European elections, characterized by competing understandings of a Europe that protects and shows substantive solidarity. They share here their policy recommendations on European solidarity.

The event entitled “Controversial Approaches towards European Solidarity – From Burden Sharing to Integration,” represented an opportunity for both academic and policy-oriented discussions on topics reflecting the shifting understandings and practices of European solidarity, be it in response to shared European migratory, security, social, economic, environmental, or political challenges.

Resistance to European solidarity mechanisms has been on the rise, particularly in countries from Central and Eastern Europe. For IEE-ULB Professor Ramona Coman, government-controlled media, and the dominance of the government’s rhetoric “as the unique true word” are key elements to explain this phenomenon. “I wonder if these resistances to solidarity could be addressed, for example, by giving citizens access to quality news.”

Deconstructing stereotypes and fears, “that are being fed by political discourses and instrumentalized,” says Coman, can help bridge the solidarity gap. “I believe that there should be programmes and initiatives so that Europeans get to understand each other better.”

Enhancing communication is also key to bring the EU institutions closer to EU citizens, says HEC professor Alberto Alemanno. “We have to go further and think about creating day-to-day feed into citizens lives that makes Europe relevant for them.” Alemanno proposes opening trialogues to “real citizens, coming from all over Europe” and have them “meet on a regular basis –at least once a month— part  of the members of the European Parliament, some Commissioners, and some members of the Council… in order to listen to their problems to their issues and to see how their complaints, their actual problems could be solved at the European level.” 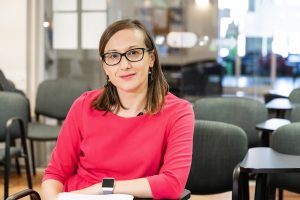 “I believe that there should be programmes and initiatives so that Europeans get to understand each other better.” Ramona Coman, IEE-ULB President

Tangible proposals that have an impact

For ULB professor Amandine Crespy, there is “a lot of work to do with regards to narratives, and for politicians and representatives elected by the people to tackle narratives that are very detrimental to solidarity among Europeans.” Empirical research, says Crespy, shows that “the stories we hear about welfare tourism and benefits tourism” are fake.

Crespy recommends that EU institutions “target a very limited number of legally binding policy measures that could be adopted and that would be very visible for European citizens”. As an example of this type of policy, Crespy mentions a European framework for a minimum wage. “[That] would be something that in the minds of citizens would really show the value-added of the European Union for social progress.” 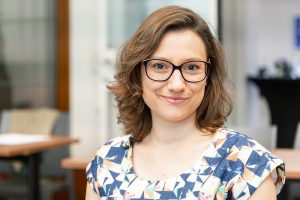 “Empirical research shows that the stories we hear about welfare tourism and benefits tourism are not a tangible reality in Europe today.” Amandine Crespy, ULB

“It is a tangible, highly visible, simple, transparent, policy because it’s unconditional; it is easy to notice, easy to feel, in terms of its benefits. It is European in scope and substance. It may improve the legitimacy of the European project. And as such, it is also one way to materialize European social citizenship.”

François Denuit, scientific collaborator at the IEE-ULB, says his research indicates there are legal roots within existing European treaties to put in place a European Universal Basic Income. But how to fund such a project? “Provided that we further develop what we call ‘EU own resources’: further harmonizing the VAT, or developing a European corporate tax, or a carbon tax, we may have the resources necessary to fund it.”

Autocratisation and threats to European values enshrined in the treaties can come from within and from third countries.

To political scientist Luca Tomini, developing a strategy that allows the European Union to recognize early signs of autocratisation and democratic backsliding abroad is the first policy recommendation to share with EU institutions. “Once the process starts it’s very hard to stop it. And this is the first thing that the European Union should do.”

Supporting democratic actors, particularly civil society, with tools adapted to their specific realities is another one.

Coherence in its internal and external policies is ULB Professor Mario Telò’s recommendation to the EU. “Europe should be firm with the arrogant and should stand, as much as possible, in solidarity with the weakest.” To Professor Telò, this means, “more coherence between our internal solidarity model –which is to be renewed on the basis of the strength of the euro—and migration and trade policies, for example.” 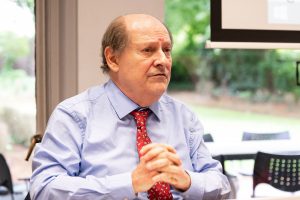 “The future is more coherence between our internal solidarity model –to be renewed on the basis of the strength of the euro—and migration and trade policies…” Mario Telò, ULB/LUISS

Solidarity is a concept rarely used in the field of judicial and police cooperation, says Law Professor Anne Weyembergh. “My main recommendations would be first to strengthen the role that solidarity can play in criminal matters, be it police cooperation or judicial cooperation. It needs to be strengthened internally; meaning within the European Union and mostly from the EU towards its own Member States that are experiencing difficulties –financial, among others- to implement European requirements in terms of, for instance, maintaining good detention conditions.”

To Weyembergh, however, this cooperation should spread further, as crime does not stop at the EU’s borders. “Another recommendation would be to think of the role solidarity can play between the EU, its member States and third states…There is an urgent need to work closer with EU’s partners from third countries.”

One of the areas of EU Law where solidarity can be put at the centre is migration. For researcher Chloé Brière, a clearer picture of whether persons providing humanitarian assistance are prosecuted and convicted for doing so in the EU is urgently needed. “We propose different instruments: one targeting smuggling of migrants, with the clear objective of financial gain, and one tackling facilitation for irregular entry, transit and residence.” The second instrument should include, says Brière, “specific norms for providing, eventually, an exemption for humanitarian assistance” accompanied by EU guidelines. 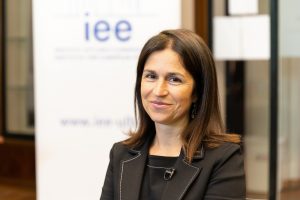 “My main recommendations would be to strengthen the role solidarity can play in criminal matters. Internally… and mostly towards its own Member States that are experiencing difficulties…” Anne Weyembergh, IEE-ULB

Solidarity as a guiding principle

To sum it all up, researcher Louise Fromont recommends that solidarity becomes “an objective on its own for the EU economic governance and to put it on an equal footing with budgetary, competitivity and growth concerns.”

To Fromont, what looks like a “simple” recommendation “is fundamental, as it will determine how policies are shaped, applied and controlled.”

Coming up in May 2020 “European Union in International Affairs” #EUIA20 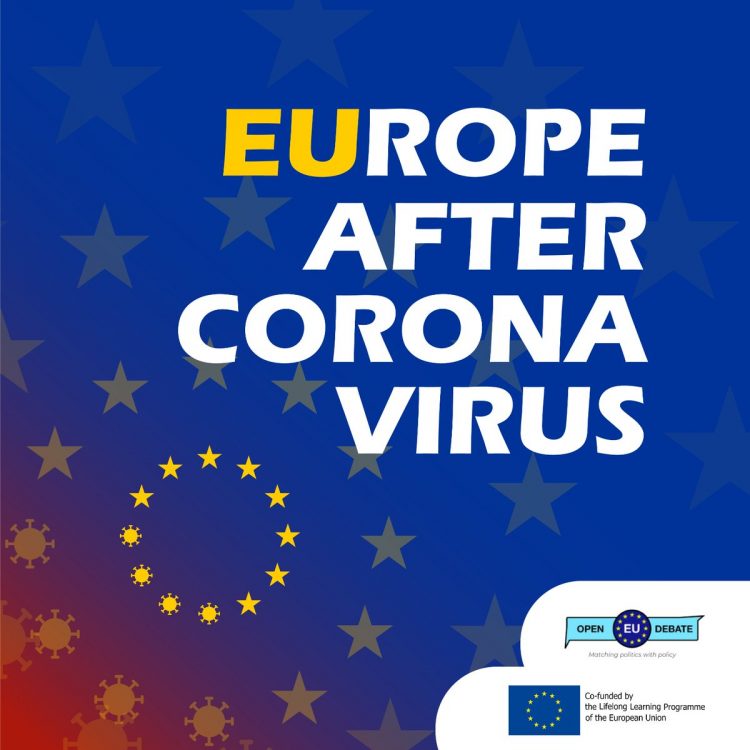 The COVID19 has disrupted the world, and with it, the discussion on the future of Europe. The OpenEUDebate Jean Monnet network, of which the IEE-ULB is a member, started a series of podcasts analysing how citizens and academics can contribute to the debate. 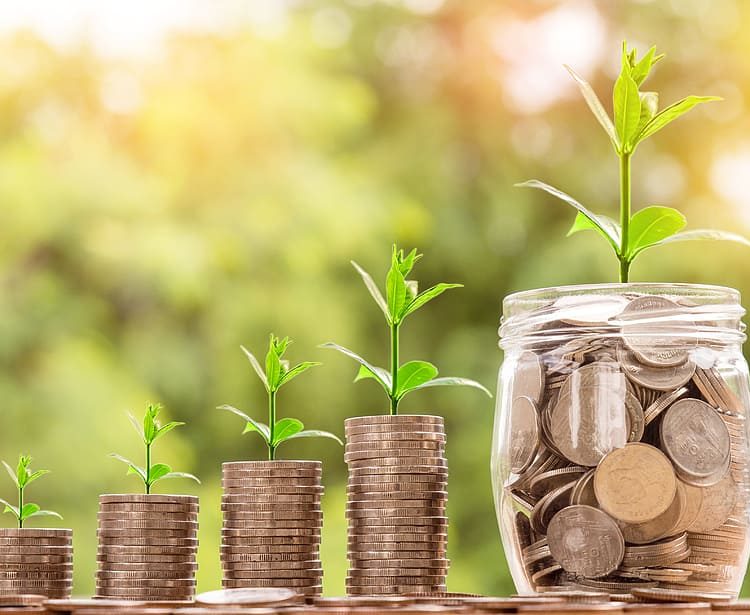 When it comes to making finance truly sustainable, the devil is in the details

Sustainable finance is an emerging policy issue. Therefore, the design of “technical instruments” like indicators and definitions that provide the background for policies matters greatly. However, believes about what sustainable finance is and should do as well as interests are reflected in these seemingly technical instruments. Thus, it is important to unpack these instruments, so that the debate can be brought to a political level.

Strengthening the rule of law in the EU: what role for the interparliamentary cooperation?

This policy brief tries to shed light on an unexplored facet of the debate on how to better protect and promote the rule of law: the role of the European parliamentary system, composed by the European Parliament (EP) and National Parliaments (NPs).