EU-Turkey relations in the aftermath of Turkey's constitutional referendum

Seda Gürkan (CEVIPOL, IEE-ULB) analyses why the Turkish presidential system is likely to induce far-reaching changes in EU-Turkey relations, and questions whether the regime change in Turkey has the potential to put an end to Turkey's EU journey.

While the European Union (EU) was busy struggling with the consequences of the economic crisis, refugee influx into Europe and the Brexit, a silent revolution took place in its immediate vicinity. On 16 April 2017, a majority of Turkish citizens endorsed constitutional changes, which will transform Turkish parliamentary democracy into a new ‘Turkish-style’ presidential system.

This regime change will also radically alter the nature of Turkey’s relationship with the EU. Although la belle époque of EU-Turkey relations was over long ago, Turkey’s accession process has remained still alive with both parties’ commitment to a distant full membership idea at least in rhetoric. However, with the prospect of a regime change in the country, EU-Turkey relations enter a new phase in which Turkey risks losing its long-awaited membership perspective.

As noted by Johannes Hahn (2017), Commissioner for European Neighborhood Policy and Enlargement Negotiations, planned constitutional changes will compel the EU to reassess its relationship with Turkey. The following lines summarize why Turkish presidential system is likely to induce far-reaching changes in EU-Turkey relations, and also questions whether the regime change has the potential to put an end to Turkey’s EU journey.

Why does transition to the Presidential system mark the beginning of a new era in EU-Turkey relations?

Turkey’s transition to a presidential system will further drift Turkey away from fundamental European values in an irreversible way at least for three main reasons1:

The dominance of this one-person executive is ensured through the president’s unrestrained powers to appoint and remove vice-presidents (without requiring a vote of confidence from parliament) and other high officers in the bureaucracy, the authority to dissolve the parliament, capacity to act as commander in chief and enhanced veto power over legislation, supplemented with the authority to issue legislative decrees and discretionary emergency powers.

These last two points are particularly important in grasping the magnitude of power concentration in the president’s office, since, through presidential decrees, the Turkish Grand National Assembly partially transfers its legislative powers to the chief executive. Through these decrees, the president might even suspend constitutional guarantees by limiting fundamental individual rights and freedoms as well as political rights in the case of a state of emergency, the declaration of which also falls under the purview of the president with limited involvement of the parliament.

Moreover, under the new system, although presidential decrees will be subject to review by the constitutional court (except in the case of a state of emergency), the president’s crucial role in the appointment of the court’s judges casts a shadow over court’s capacity to exercise its judicial review authority in an impartial and independent manner (Sezgin 2017).

In this way, although according to its proponents the system is likely to overcome a potential inter-institutional friction and legislative paralysis, in practice the model renders it virtually impossible to establish an effective counter-weighting mechanism in a design where one person is in control of both the legislature and the executive. Another weakness of this checks and balances system is the abolishment of ‘parliament’s right to interpellation’ and its audit power over the president (Bora 2017). Through the transition from parliamentary executive to presidential executive, the super-president remains accountable with five-year intervals to the electorate but not to the parliament in its daily business. Furthermore, the impeachment procedure against the president becomes extremely difficult, requiring at least two-thirds of deputies (400 deputies out of 600) in order to agree to send the president to the Supreme Court.

Although scholarly debate on which type of constitutional design is best in the democratisation process remains inconclusive, one might safely argue that, in the absence of an effective system of checks and balances, a constitutional design based on the fusion of the offices of the head of the state, the head of the government and the head of the ruling party risks undermining the basic pillars of a liberal democracy, especially the principles of rule of law and separation of powers. Consequently, the transition from a parliamentary system to a ‘hyper-presidentialism’ (Özsoy Boyunsuz 2016) will pose further challenges to the already problematic democratisation process of the country.

In light of these considerations, the Venice Commission concluded that ‘constitutional amendments represent a dangerous step backwards in the constitutional democratic tradition of Turkey’ and highlighted the risks of ‘degeneration of the proposed system towards an authoritarian and personal regime’ (Venice Commission 2017, p. 30). In other words, a regime putting an unconstrained, unaccountable and excessively powerful president at its centre bears the risks of rapidly converting into a regime of ‘elected kings with the name of presidents’ (Simon Bolivar quoted in Colomer 2009). In this highly possible case, the EU will have to invent new forms of relationship with its new autocratic neighbour as value-guided membership conditionality will not be the appropriate tool for framing bilateral relations.

The end of Turkey’s EU journey?

Already before the constitutional referendum Turkey’s relations with the EU was evolving into a ‘partnership’ shaped by common interests rather than a genuine accession process guided by common values. Indeed, in view of the changing nature of relations, in recent years member states have remained largely silent on the regression of democracy in Turkey and have instead preferred to keep Ankara in the EU’s orbit by concentrating on priority areas for cooperation, especially including counter-terrorism, migration, energy, the economy and trade.

The General Affairs Council (GAC) decision of 13 December 2016 is a good illustration of the EU’s increasingly pragmatic approach toward Turkey (Council of the European Union 2016). The Council, while emphasising Turkey’s importance for the EU ‘as a key partner’, decided to keep the accession process alive – but without opening any new chapters for negotiations under the state of emergency. The decision came after the European Commission’s annual report on Turkey in November 2016, which referred to ‘serious backsliding’ in Turkey’s performance in fulfilling the political criteria, especially in the areas of freedom of expression and the independence of the judiciary, and it underlined the deterioration of respect for human rights, including the full respect for fundamental rights and freedoms (European Commission 2016).

In addition to the European Commission’s negative evaluations vis-à-vis Turkey, the European Parliament (EP) called on member states to ‘initiate a temporary freeze of the ongoing accession negotiations with Turkey’ (European Parliament 2016). In response to Parliament’s call, and in the face of Turkey’s decreasing commitment to fundamental European values, the Council decision of not opening any new chapters meant a de facto freeze of accession talks with Turkey. On the other hand, largely due to the Union’s interests in the refugee deal, the Council’s resistance to Parliament’s call to freeze membership talks – and, instead, its strategy to accentuate the ‘crucial’ need for increased political dialogue and cooperation -between Turkey and the EU is a clear sign of the Council’s willingness to ensure Turkey’s continued commitment to a workable partnership.

In the short term, the outcome of the constitutional referendum is not expected to change the EU’s carefully calibrated approach to Ankara per se. But the prospect of transition to a presidential system will reinforce Turkey’s status as a ‘strategic partner’ rather than a candidate country. In the medium-term, in case the implementation of constitutional amendments consolidates authoritarianism in Turkey, the Council acting on the Commission’s recommendation, might decide by qualified majority to suspend accession talks on the grounds of a serious and persistent breach of the principles of liberty, democracy, and respect for human rights, fundamental freedoms and the rule of law (European Council 2005, paragraph 5). This highly likely scenario would not mean the end of Turkey’s EU journey but the beginning of a new term leading into ‘external differentiation’. According to Schimmelfennig et al. (2015: 765), ‘external differentiation’ takes place ‘if non-members that are unable to join because EU membership is highly politicized opt in selectively in highly interdependent but weakly politicized policy areas’. Indeed, the negotiating framework with Turkey anticipates such a possibility and stipulates that ‘if Turkey is not in a position to assume in full all the obligations of membership it must be […] fully anchored in the European structures through the strongest possible bond’ (European Council 2005, paragraph 2).

In conclusion, regardless of an immediate formal EU decision to suspend accession talks, in the light of Turkey’s shift away from European values, the parameters of bilateral relations will have to be redefined between Brussels and Ankara. While the EU and Turkey will be designing a new form of partnership, one aspect of EU’s relationship to Turkey remains crucial for both EU’s credibility in promoting democracy abroad and Turkey’s long-term stability: how to support 49% of Turkish citizens who, despite a repressive political context marked by voter intimidation, manipulated media, and silenced opposition, with their ‘no’ vote affirmed their attachment to democracy?

An earlier version of this article was published by Pan European Networks, Defence Management Review, No.2 in March 2017. 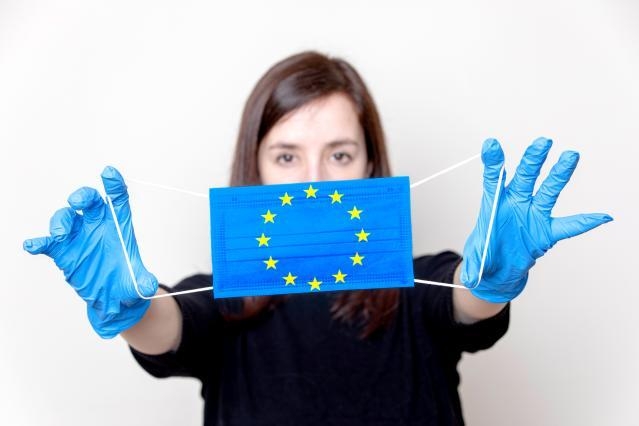