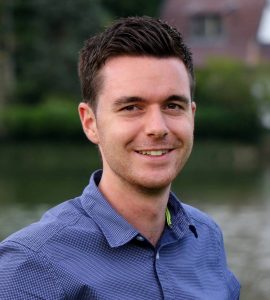 Lucas Schramm is a PhD researcher at the European University Institute in Florence, Italy. In his dissertation, he analyzes past and more recent crises of European integration, seeking to explain the variation in crisis outcomes. Mr. Schramm is currently a visiting researcher at the IEE-ULB.

Crises are widely believed to drive European integration forward and eventually lead to a European federation. Yet, member states have been keen to remain the dominant actors and to put a break to supranational ambitions. After all, the current corona crisis might not be that big of a leap in European integration as many expect.

Of Hamilton and Monnet

On 18 May 2020, German chancellor Angela Merkel and French president Emmanuel Macron suggested the creation of a €500 billion strong European fiscal support instrument for the fight against the corona pandemic. It was to be financed by the European Commission borrowing money on the financial markets and allocated in the form of non-repayable grants to the most affected regions. This proposal has been termed Europe’s “Hamiltonian moment”, in reference to the mutualization of regional debt in the early stages of the United States under its treasurer Alexander Hamilton.

Two months later, on 21 July, the national leaders of the 27 EU member states approved a massive financial package totaling about €1.8 trillion. It consists of the EU’s next long-term budget and a European recovery fund – called Next Generation EU –, which from 2021 to 2023 allows the Commission to raise money and allocate €750 billion in corona support to member states, partly in the form of grants. Observers have rightly stressed the unprecedented right for the EU to make debt on such a large scale, which also marks a remarkable deviation from positions previously hold by many member states.

The corona pandemic and the EU’s response to it thus seem to nicely fit into the popular narrative of crises providing new impetus for further European integration. This narrative, of course, goes back to Jean Monnet, one of the founding fathers of today’s EU, according to which “Europe will be forged in crises, and [it] will be the sum of the solutions adopted for those crises”. EU scholarship provides some backing (more theoretical and normative than empirical, though) for this reading. Indeed, crises might put pressure on European policymakers to come up with swift common solutions and open paths of reform that in normal times were blocked.

Then came the polycrisis

However, the narrative of crises boosting European integration has suffered some major setbacks in recent years during the EU’s “polycrisis”. Despite the ambitious announcements and a few rather symbolic initiatives, Brexit (the withdrawal of the United Kingdom from EU membership) has not led to new advances in European integration. More distinctly, the migration crisis has led to serious and ongoing disagreements about a proper European asylum policy. An EU quota system – supposed to guarantee a more equal distribution of refugees amongst member states – crashed completely and led to the open undermining of common EU law by several members.

What the more optimistic accounts and narratives seem to confuse is common EU action in response to a crisis, on the one hand, and ‘more’ European integration as the actual crisis outcome, on the other hand. In fact, ‘more’ integration would mean a significant and lasting transfer of policy competences from the national to the EU level or the extension of policy areas which are dealt with at the EU level. In the Eurozone crisis, indeed, we partly saw such developments, for example with the European Central Bank (ECB) taking over a more prominent role in monetary and banking (as well as fiscal) policy.

Overall, however, member states have been very keen to remain in the driver’s seat and set the pace and form of European integration. Regarding the Eurozone crisis, no fiscal capacity has been established on the EU level. The no-bailout clause remains (formally) intact, and the planned Eurozone budget has been watered down by the ‘Hanseatic League’, a coalition of fiscally conservative and foremost Northern EU countries. Regarding the migration crisis, policy issues related to asylum and internal security are still determined by the national level. The EU’s agency for asylum (EASO) has no competence in deciding on the distribution of asylum-seekers, and the EU’s border control agency (Frontex) still depends on national police forces.

This is not to say that the supranational level was not gaining new competences. It is just to stress that the shift in power and authority often is a gradual process that evolves over time and that is not a response to, let alone the direct result of, a crisis. As Richard Haass has recently argued, major political events can underline and accelerate trends, but rarely do they transform a political system like the EU. After all, it needs political capacity, willingness and hence agency to do so, and the member states are the relevant actors inside the EU to provide this agency (or not).

Is the corona crisis a turning point?

When the new corona virus fully started spreading across the EU in early March, member states responded via national measures. Austria was the first to install entry restrictions on its border with Italy, followed soon by similar measures in Germany, France, and other EU countries. By the end of March, the Schengen regime essentially was suspended. France and Germany were particularly criticized for their decision to ban the export of medical equipment to their hardest-hit neighbors. In times of acute crisis, everyone is foremost next to himself.

Only when member states recognized the huge economic (and also political) damages that the pandemic was about to create, they moved to common action. Their initial response, however, was quite limited. On 23 April, national leaders endorsed a first corona support package worth €540 billion, which for the most part consists of credits from the European Stability Mechanism (ESM). Credits from the ESM – although they now came with relaxed conditions – are not only deeply unpopular in Southern EU countries since they are added to their already high debt levels. They also fell well short of more ambitious proposals like the one for corona bonds, which was advocated by nine member states but rejected by the rest.

With the agreement on the European recovery fund in July, some observers thought that the EU was, finally, living up to expectations and making a bold step towards a state-like polity with joint debt, taxing power and greater fiscal burden-sharing. But not too fast! In order to achieve the necessary consensus in the European Council, the national leaders primarily focused on the stabilization of member states. All steps taken ultimately are supposed to serve this mean. Accordingly, several leaders – foremost the ‘frugals’ from Austria and the Netherlands, but also German chancellor Merkel – were quick to stress that common EU debt was an exceptional and one-time instrument.

Moreover, the money that the Commission will now borrow will have to be paid back through the EU budget. Generally, this can happen in three ways: through an increase in member states’ contributions; through the reduction of EU expenditure; and through the creation of so-called own resources for the EU. In their July meeting, the leaders could only agree on the use of non-recycled plastic as a new own resource whose expected revenues, however, are very small. Other envisaged revenues like taxes on carbon, digital services and financial transactions had failed already in the past, and they are unlikely to get implemented soon this time. The reason is that member states are still unwilling to give the EU the proper competence for taxation.

With real own resources lacking and member states reluctant to increase their budgetary contributions, the default option is the reduction – or at least stagnation – of EU expenditure. There are already signs for this way in the EU’s new long-term budget. Despite growing global tensions and challenges, the expenditure for EU defense and external action remains very low. And the European Parliament has criticized cuts to future-related EU policies like research, climate action, and border management.

What do we conclude from this? Crises feature prominently in the now 70-year-long process of European integration, and they have become even more numerous in recent years. Crises do provide opportunities for change and reform. Yet not every crisis is a turning point, and very rarely do crises themselves trigger change. The corona crisis so far has led to some extraordinary measures. At the same time, their full scope and notably the future division of competences between the EU and the national level are still unknown. In the end, crises are what member states decide to make of them.

Image by Jeyaratnam Caniceus from Pixabay