The Institute for European Studies of the Université libre de Bruxelles is coordinating since September 2018 a new Jean Monnet Module dealing with the rule of law and mutual trust in global and European studies.  In recent years the salience of these concepts has considerably increased not only within the EU but also in other regions/regional organizations.

The aim of this project is to create a platform of academic and expert discussion that will shade light on current debates about the independence of the judiciary and the aim of specific judicial reforms in EU member states and beyond. The project brings together scholars and experts with academic backgrounds in different disciplines and plural views on the topic. 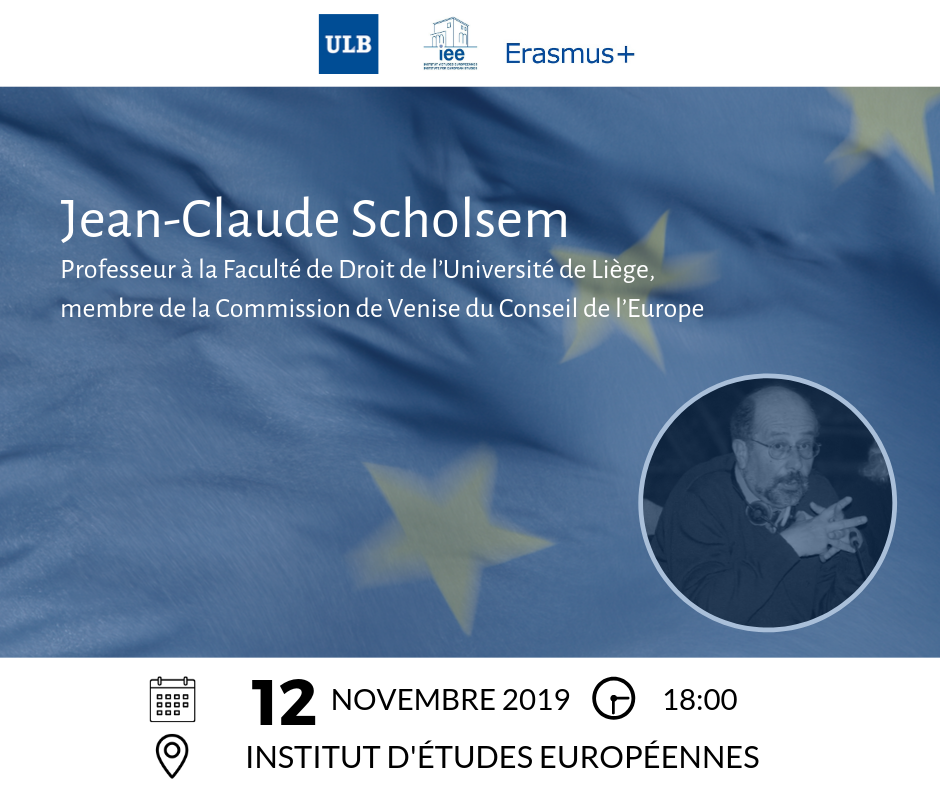 The 2nd year of the RoLETTE project, 8 conferences & debates on the challenges to the rule of law and to mutual trust, combining both policy and academic approaches.  Full programme and  poster.

About the project and its aims:

The proposed Jean Monnet module seeks to (1) consolidate interdisciplinary research on an emerging challenge facing the EU; (2) develop original teaching on timely topic in EU affairs; and (3) equip graduates and professionals with the necessary skills and contacts to integrate a specific professional environment.

Besides the development of three new teachings, RoLETTE will foster the necessary cooperation between leading academics and experts to allow for: (1) a set of academic articles in peer reviewed journals, (2) topical policy briefs, (3) an international textbook, as well as (4) new on-line teaching materials and teaching packs in open access. Overall, it will reach a wide Brussels-based audience of graduate students, professionals enrolled in training and experts. The 24h graduate course will be open to international students coming from Waseda University (Japan).

About the coordinator and the academics involved

Her research and teaching focuses on European integration, Europeanization, EU modes of governance, rule of law, judicial reforms in Central and Eastern Europe, the role of experts and expertise in EU decision-making, the European Commission, think tanks, the role of values. She has an interest in the relationship between politics, law and society. Her work has been published in Journal of European Public Policy, Journal of European Integration, The British Journal of International Relations and Politics, Governement et Action Publique (GAP), Europe-Asia Studies etc.

She founded and co-coordinates the European Criminal Law Academic Network (ECLAN) since November 2004. She is a Member of the Académie Royale des Sciences, des Lettres et des Beaux-Arts de Belgique (since 2017 – Classe des Lettres et des Sciences morales et politiques). She teaches European criminal law, international criminal law, Belgian penal law (special part), methodology of research in criminal law, the area of freedom, security and justice. Her main field of research is European criminal law. She has published numerous scientific articles and co-edited several collective books in the field of EU criminal law. The five last ones concern the blurring boundaries between administrative and criminal law, the future of approximation of substantive criminal law, EU counter-terrorism offences, the future of mutual recognition and the role of the European Court of Justice in criminal matters.

Teaching projects at the IEE-ULB